The Kurilpa story: from 1944 till today 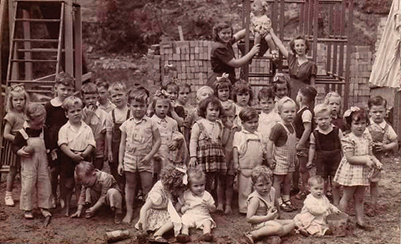 Kurilpa Community Childcare Centre began in 1944, during World War II. Its first home was downstairs at the West End School of Arts Hall, at 174 Boundary Street.

Many mothers had been left “holding the baby” when their husbands went to war. Some also worked outside the home as part of the war effort. A group of left-wing women – many of them West End locals – realised that these mothers needed help with childcare.

“During the war, mothers were left with children by themselves. There was nowhere available for respite… We just saw that need, so we worked to get the childcare established.”Elsie Lane, Kurilpa co-founder (From a 1998 interview) 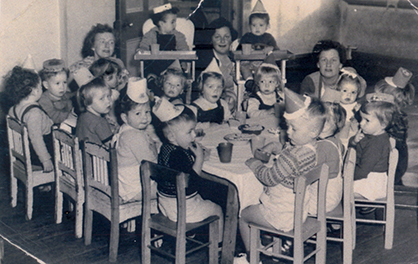 And so a determined group established Kurilpa Community Childcare Centre, with the help of other locals and the support of Brisbane City Council, which owned the School of Arts. The centre was at first very basic, relying largely on volunteer carers and donated equipment. Regardless, mothers flocked to Kurilpa, which opened from morning until evening to care for babies, toddlers and children up to school age.

Two decades at the hall

After the war ended in 1945, the need for childcare remained. Many women were left widows or single mothers and had to work, while others kept their paid jobs by choice. Kurilpa began to focus on childcare for working families.

More paid carers were employed at Kurilpa and they provided a fun and loving environment for the children. But the hall, with its big rooms and dirt yard, was hardly ideal for childcare. By the late 1950s, staff and committee members were looking for a new home. This was just as well, because in 1961 the Brisbane City Council Chief Health Officer told them to move premises because the hall was not suitable for a childcare centre. 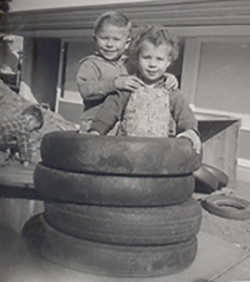 In April 1963, the new purpose-built Kurilpa Community Childcare Centre opened at 164 Boundary Street. It was a credit to Kurilpa’s staff, committee and supporters, who had fundraised and lobbied hard to purchase the land and construct the building. Records show that 13 staff cared for 66 children at the new centre.

Kurilpa stayed at 164 Boundary Street for more than 30 years. During that time, Australian society changed dramatically. In 1973, the Whitlam government introduced the supporting mother’s benefit and the number of single mothers increased markedly. Growing numbers of women also entered the workforce. This was reflected at Kurilpa, which catered largely for single parents and other working families. 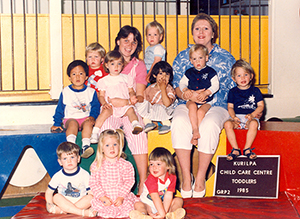 The 1990s brought difficult times for Kurilpa. The centre was ageing and enrolments fell as West End’s population changed. In 1997 the Howard government withdrew subsidies from community-based long daycare, taking nearly $60,000 a year from Kurilpa.

Around the same time, developers offered to buy the Kurilpa site. Faced with crippling financial problems, the management committee decided to sell – and used the proceeds to buy the premises of another West End childcare centre.

In March 1998 Kurilpa moved again, this time to 136 Gray Road. Here it re-established itself and once more built a loyal group of families. Today it remains at the Gray Road address.

“There is no doubt Mum could not have worked as long and hard as she did without the assistance of that centre. It was very advanced for its day and probably a model for many that followed.”Don Dickie, brother of Kurilpa child and grandson of Kurilpa supporter Lillian Dickie

Throughout its colourful history, much has changed at Kurilpa but its guiding principles have stayed constant. Today the centre still supports working families by offering accessible, high-quality care and education. Kurilpa is still managed by parents and is strongly connected to the local community.

The Kurilpa History Project was carried out in 2008 with principal funding from the Gambling Community Benefit Fund and Brisbane City Council’s Community Grants Program. In-kind support came from the Centre for Applied History and Heritage Studies at the University of Queensland.
Lesley Jenkins was the project historian.
Copies of the full history document are available in libraries and for sale from the centre.
Thanks to all who supported the project. 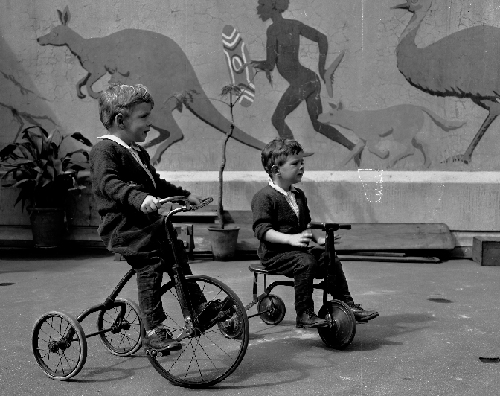 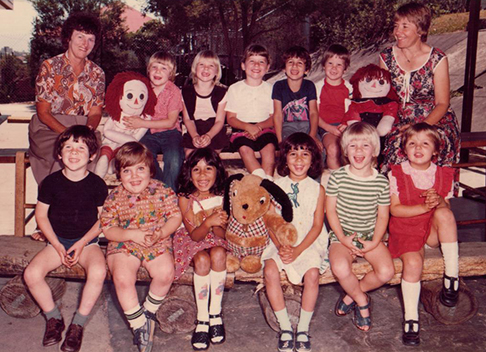 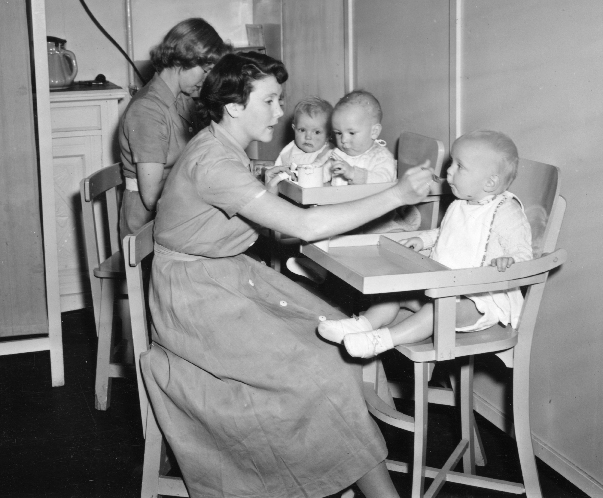